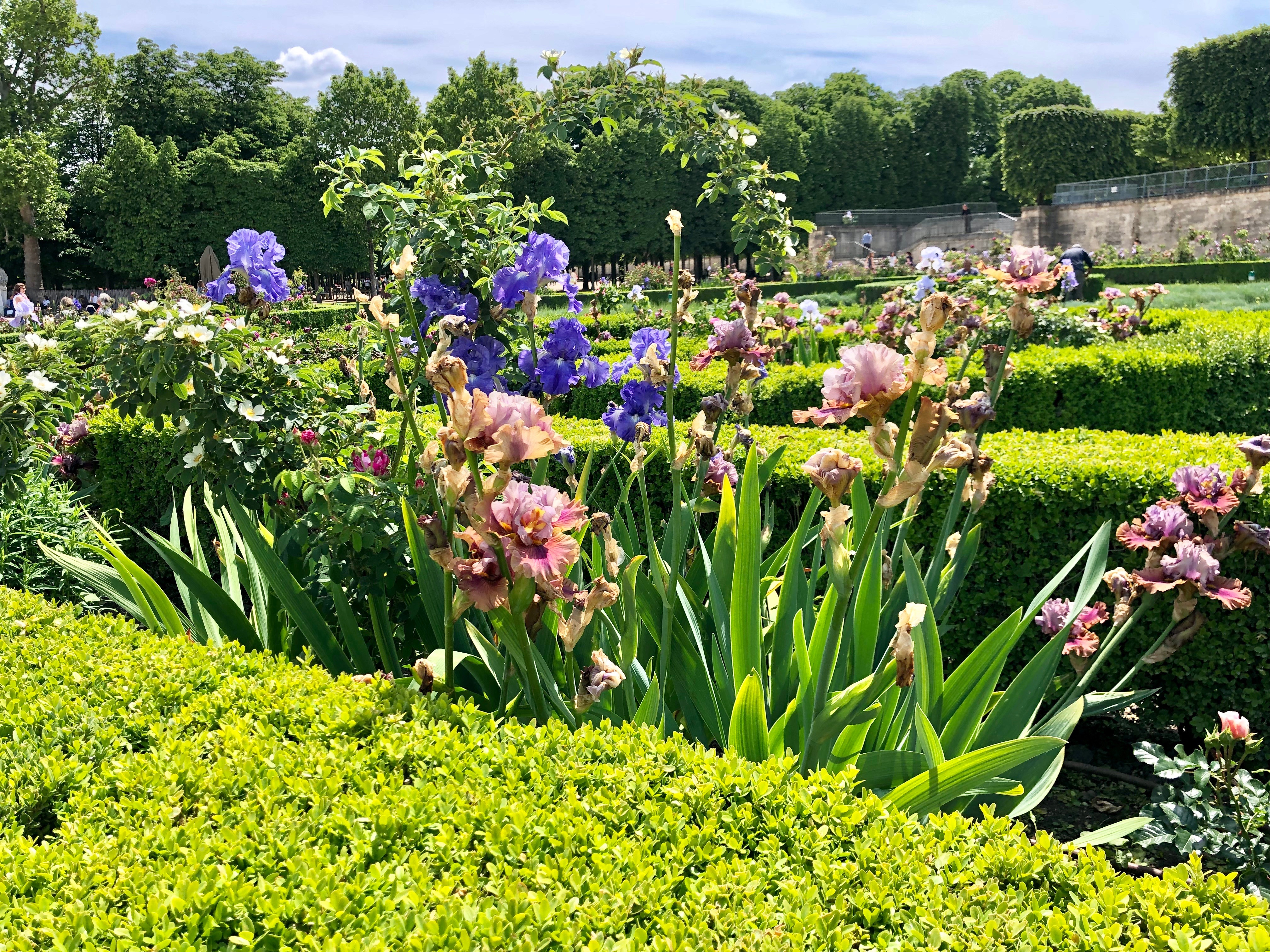 Honestly, I was thinking, “Not another museum, not another walking tour.”  This would be our 6th museum and 5th walking tour.  But I did find the story of Coco Chanel intriguing and wondered what else I would learn about her today.

I did not know much about Yves Saint Laurent except that he took over for Christian Dior.  I thought this would be an opportunity for me to learn, if I was not too tired.  Museums and tours in the afternoon are hard because we are tired, hot, and hungry by then. I also find I get very little out of self-guided museum tours.

“Coco Chanel has as many books written about her as Napoleon,” Rachelle, our tour guide said, so I was looking forward to hearing the rags to riches story of Gabrielle “Coco” Chanel again.  We had only studied her briefly in my Dynamics of Clothing class. After a brief review of the history of fashion in France, our tour guide Rachelle took us on a walking tour of the Chanel stores on prestigious Rue Saint-Honoré. Sitting on the same street as other high-end stores like Roger & Gallet, Bourgeois, and Dior, the Chanel stores seem to take up one entire side of the street.

Chanel was abandoned at age of twelve by her father following the death of her mother. She was taken in at an abbey where she learned to sew. She was working as a singer at a café’s intermission act where she got the nickname “Coco.” She was a licensed milliner and got a big break when a theater actress named Gabrielle Dorziat started to wear her hats.

One of her lovers (she was mistress to two men), Arthur Capel financed her break into fashion design. Because she did not fit in, was from the wrong side of the tracks, she changed the standards. Her liberating styles, including leisure and sportswear, gave women new freedom.

Here are some other interesting facts I learned from Rachelle:

After Chanel Street tour, we went to Tuileries Garden. The Tuileries Garden is a public garden located between the Louvre and the Place de la Concorde. It is one of the biggest and oldest French gardens in Paris. The garden was created by Catherine de’ Medici in 1564 to be the garden of the Tuileries Palace. After the French Revolution, the palace garden was turned into a public park.  Tile factories used to occupy this site before the palace and the name Tuileries comes from the tile kilns.  One of my favorite sights in this park is the towering squared off maple trees that line some of the pathways.  They are stunning.  It was a beautiful place to rest and relax and enjoy some gelato shaped like flowers. This park also has chairs freely available, and my friend Kristin and I found a few right in front of the pond!

I really liked this museum because it was small.  I felt it was just the right size because you were not overwhelmed by the time you left.

It was interesting to learn that Yves Saint Laurent was bullied as a child and turned to design for refuge.  As a child he would dress paper dolls with his mother’s old scraps of clothing and put on fashion shows of these paper dolls for his family and friends.  He actually dreamed of creating designs that would be on a runway someday.  His sketches are what led to his introduction to Christian Dior, and eventual fame. Dior recognized his talent immediately and hired him.  He was only 17.  At age 21 he became House of Dior’s successor when Dior died suddenly at age 52. Because he was so young, he was known as the “Prince of Fashion.”

After having a falling out with the House of Dior during his military service, made brief by repeated hazing, Laurent created his own fashion company under his own name that was just as successful.  He was known for blurring the lines between men’s and women’s fashion.  He was also the first living fashion designer to be honored by the Metropolitan Museum of Art.  I was surprised to learn that Laurent suffered from mental illness due to his treatment while he was in the military hospital and eventually died of brain cancer. I wonder if there is a correlation.

In this museum we saw Yves Saint Laurent’s iconic designs, accessories and photographs as well as sketches and films. I loved the photographs because I love photography, and I really resonated with the photographs and sketches of his Mondrian dress.  It is called the Mondrian dress because it is inspired by the paintings of Piet Mondrian that have graphic black lines and blocks of primary colors. These photographs brought back fond memories of my mother wearing a similar Mondrian dress.  In fact, I can still picture her in my mind with her beehive hairdo sporting that geometric dress.  Laurent wanted women to look comfortable but elegant, and he certainly succeeded in doing that with this dress.

What I liked the most in this museum was being able to see Yves Saint Laurent’s studio—the place where he created his designs for 30 years.  They consider this room to be “the heart” of the museum and I agree.  It was fascinating to see the organization of the room, the bulletin boards, and how everything was stored.  But what caught my eye the most was one of his open sketchbooks.  We were not allowed to touch anything, but I was wishing I could leaf through that book.

The takeaway from Chanel, is if you do not like what is happening, change it.  Chanel is a testament of doing that for women by taking them out of the corset and putting them in more suitable and comfortable clothing.  The role of women was very complicated during Chanel’s time.  She did not fit it, so she reinvented herself and changed the rules, and she inspired other women to do the same.  I find this quite remarkable.

The takeaway from Yves Saint Laurent is to follow your passion in spite of the adversity you will face along the way and follow your dreams because they just might come true, as they did for him.  Like Chanel, Yves Saint Laurent had a lot of adversity, some of which affected him physically for the rest of his life, because he did not fit in.  He was gay.  Yet he was able to rise above that adversity, just as Chanel did, and use his talents to become one of the leading fashion designers in the world.

Both of these are stories of enduring in spite of great obstacles.  They give me great hope despite the adversities I face in my own life. 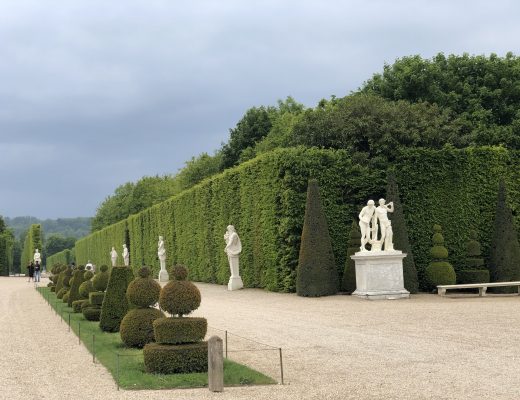 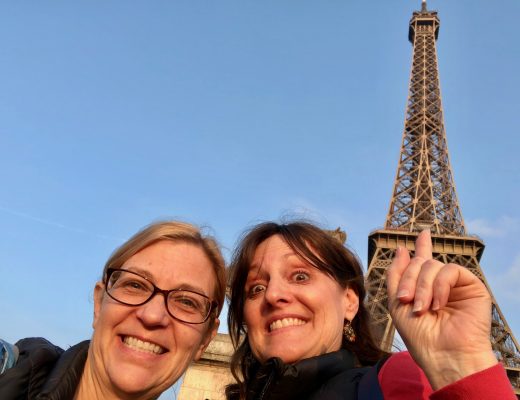 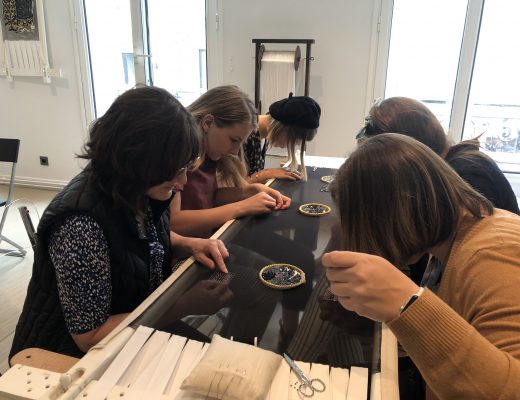