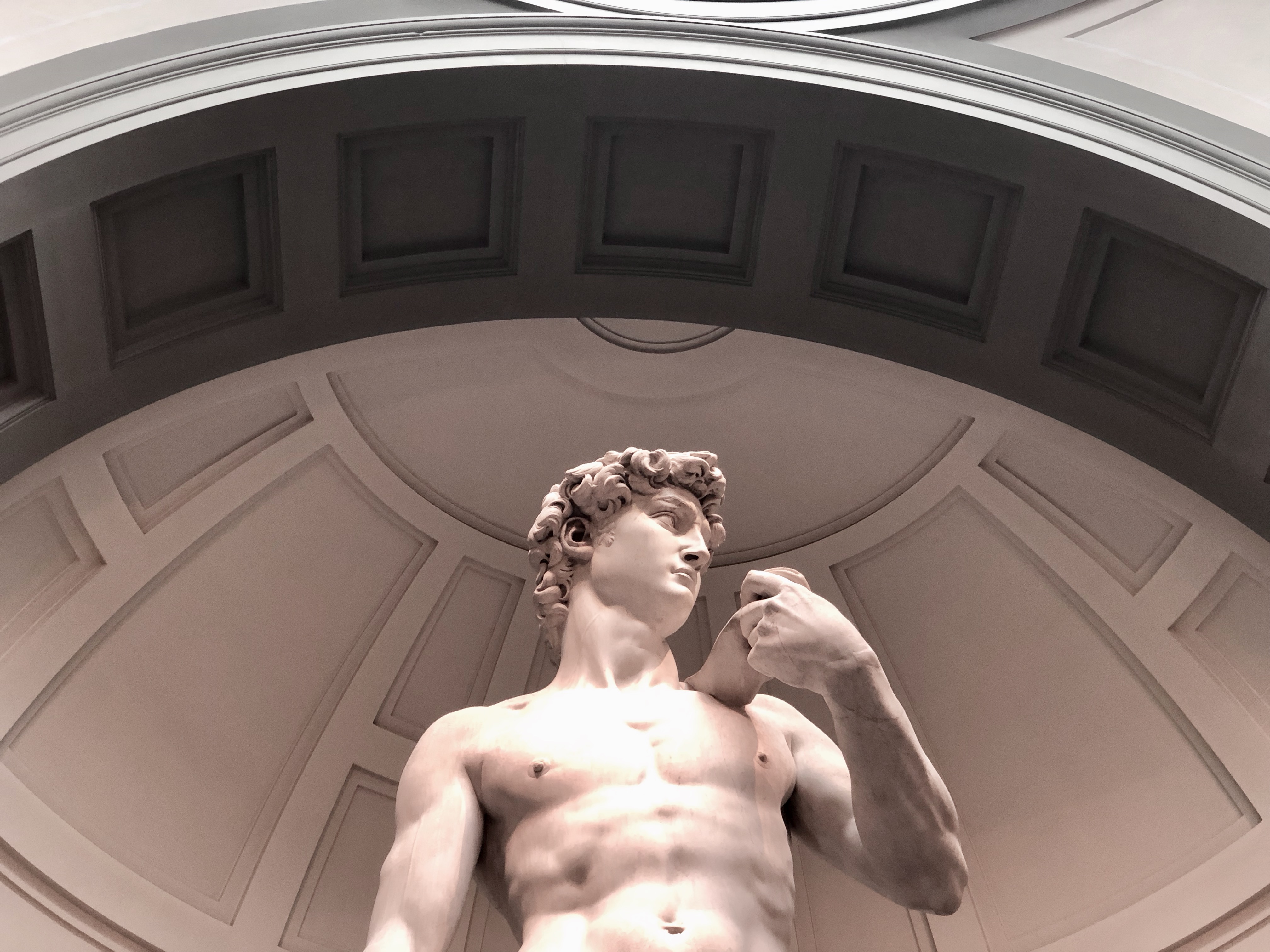 We are now in Italy, the country of my ancestors, and I am SO excited to be here! Observing the countryside on the 2-hour bus ride from Pisa to our hotel was lovely.  The smell of honeysuckle and the sight of wild poppies are everywhere.  I am in love with this country already!

Our hotel, La Contessina, is wonderful.  There are courtyards outside and inside, and the flats are beautiful, spacious, and clean. They have kitchens and are two-stories. The sleeping quarters are upstairs, which makes it nice for those of us who want to sleep and those who want to converse.  We also get a fullbreakfast every morning.  This is my favorite place to stay so far.  The bad news is our WiFi is crappy again preventing us from doing our homework.

Wendy and I are still roommates (yeah!) and Caroline Glissmeyer is rooming with us.  Caroline is delightful.  Whenever she enters a room it is like a bright ray of sunshine.  She is always singing.  Musicals are her favorites.  She reminds me of my daughter Sammi, who is on a mission right now and who I miss very much.  Caroline recently lost her mother, so maybe we can both fill a void for each other while we are in Florence.

All the above has given me such a positive mindset that I am very excited to go to church, and to see the Statue of David tomorrow.  Sunday is my favorite day of the week and I always look forward to it.  I am wondering what it will be like to hear the members speak Italian.  My son, Jacob, served a mission in Italy, and spent time here. I am eager to see the area where my son served.

I am also excited to the see the Statue of David. Not only is the statue famous and incredible, but David is an important biblical figure.  Somehow it is fitting thatwe are going to see him on Sunday.  But I am most excited to learn the story ofwhyMichelangelo sculpted David and how he did it.

We walked for almost an hour to get to church this morning, which none of us were expecting, but church is always worth the sacrifice.  One girl sprained her ankle earlier in our trip and was lagging very far behind, so I decided to hang back with her and help her if she needed it.  She was in so much pain that by the time we got there she burst into tears.  We immediately sat her on the couch and elevated her ankle. I felt so bad for her but was grateful for an opportunity to serve. Many members, as well as our leaders, came to her rescue, and we took a bus back to the hotel after church. The next day we learned she had a dislocated ankle.  No wonder it hurt so bad!   I learned that there is never any harm in showing compassion to one another, and yet so many of us hesitate to do it, including myself.

I loved hearing the blessing of the Sacrament in Italian today, and wished my son were here to interpret for me.  Italian is such a beautiful language, maybe it’s the celestial language!?!  We were in the overflow area of the church again because of our large numbers.  We heard from Seminary graduates today in the Florence Ward, a quaint little chapel painted a golden yellow.  One young woman said, “The closer you come to Heavenly Father and Jesus by keeping the commandments the happier you’ll be–this is the formula for happiness.”  I totally agree. She went on to say that Seminary became a sanctuary where she learned the ability to excel in the most important things she can do in life, like pray and read her scriptures.  Everything I heard today was a good reminder of why we should go to church each Sunday. I was strengthened, edified, and reminded of the blessings that come from obedience to the commandments and daily routines that bring me closer to God.

The Statue of David was MAGNIFICENT!  In general, I am not excited by art, but this statue had me mesmerized.  I could not stop looking at it.  Michelangelo’s attention to detail and his knowledge of human anatomy was extraordinary!  I wished I had a zoom lens to capture the details. You can see David’s veins, muscles, ribs–everything!  Even all the curls on his head showed layers and lines of detail that was astonishing. Having been a hairdresser I could not get over how life-like they looked.  The detail in his hands and feet was equally astonishing. How did Michelangelo sculpt such things in stone?!?

Seeing nude statues in museums in Europe is commonplace, and you soon get used to it.  I hardly noticed the genitalia on this statue, which is what many people are shocked by and notice, because I was so fascinated with the rest of the body.  In fact, it seemed the least important of all, which I later learned is consistent with the artistic influence of the Greeks on Renaissance art: penises are small on sculptures when the artist wants you to think this is a smart man, that uses his mind and intellect, not a man that lives to eat and have sex. So, the small genitalia on David is indicative of his high intellect. This interpretation was a Greek artistic influence. The facts surrounding this statue continued to amaze me.

I also learned that this enormous block of marble laid around for 25 years before Michelangelo used (1501-1504) it. Other sculptors were concerned about imperfections, veins, in the marble that might compromise the integrity of the statue. I was equally surprised to learn that Michelangelo sculpted David in secrecy and did no drawings or plaster casts beforehand.  He believed there were sculptures in every piece of marble just waiting to get out and he sculpted accordingly.  He was also a very religious man and felt driven by God to know what to sculpt. This fact intrigued me.

The statue was originally intended for a cathedral roof, which explains why some parts of David’s body look out of proportion, the right hand for example.  It ended up in the political center of Florence, Piazza della Signoria, because once seen the city council decided it was far too beautiful to be put on top of a cathedral. The statue became a symbol of liberty and civic pride for Florence, which at the time was surrounded by hostile enemies. The citizens of Florence identified with the young hero. The Galleria was built specifically for the Statue of David and was brought here in 1893.

We all know that David is a biblical hero (1 Samuel 17:41-51), but Michelangelo decided to sculpt David before battle, before he becomes a hero.  So David looks tense, determined, and to me, thoughtful, and this is what I liked most about the statue.  Just in the stance of his body, Michelangelo was able to capture David’s innocence and intellect as well as his determination and total faith that God would protect him.  I have no doubt that God inspired the confidence with which David is prepared to fight Goliath using only a slingshot. Similarly, I do not doubt that Michelangelo was inspired to sculpt his David as he did.  Michelangelo’s David is the most remarkable work of art I have ever seen.

Compassion is an attribute that none of us can ever have too much of.  It is a character trait we should all strive to develop. On this day, it was easy for me to show compassion, but that isn’t true all the time.

Michelangelo was a gifted and inspired artist that studied the human body so well he was able to create a sculpture out of imperfect marble with incredible human detail both physically and emotionally that still mesmerizes us today.  I believe the Statue of David, is truly, an inspired work of art. 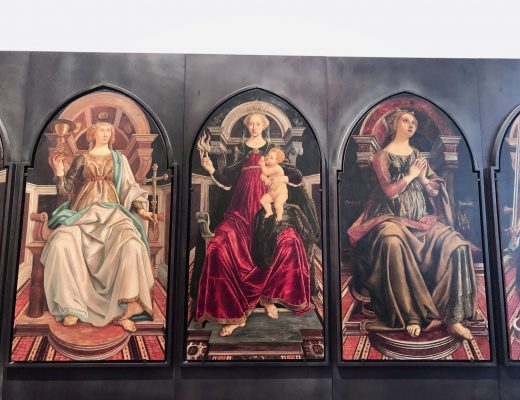 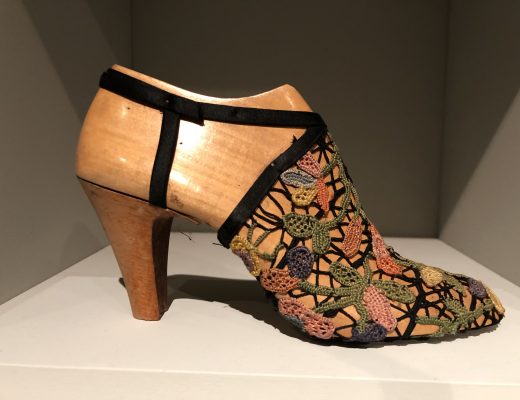 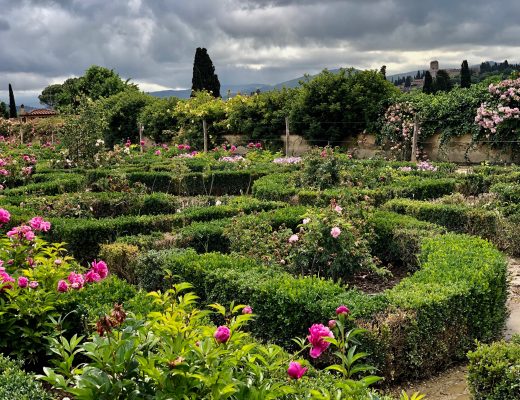